Home > In the News > The UN Climate Change Talks in Poznan 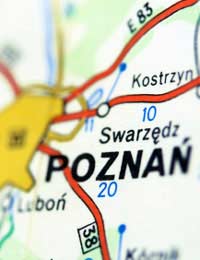 Heralded as a decisive conference to help define the next steps for worldwide environmental policy post the Kyoto Treaty, high hopes have been pinned on the UN Climate Change talks in Poznan, Poland, in December 2008. Representatives from 190 nations around the world met to discuss the future of the environment, and agree on the correct path to take in the continuing fight against climate change.

On The Agenda At Poznan

Top priority for the talks was agreement on an international framework to clearly define a global policy on climate change – including setting targets for reducing CO2 levels around the world, clean and renewable energy and levels of investment to help developing nations industrialise using cleaner and more environmentally friendly technology.

A new international agreement is being sought in 2009 to succeed the Kyoto Treaty, to build on its successes and crucially improve upon its shortcomings. While Kyoto set out targets for each nation to reduce carbon emissions, the treaty lacked the teeth to bind countries to its stipulations – most notably the United States, who failed to ratify the treaty domestically and adhere to the carbon emission targets. Top of the list this time round is the creation of a legally binding treaty the international community will be bound to answer and address. It’s hoped that discussions in Poland’s former capital will kick off a series of global negotiations to achieve this.

So far, however, there has been a distinct lack of positive progress throughout the talks, and disappointment from environmental commentators who believed that more should and could have been achieved during the summit. Al Gore described the negotiations as ‘a struggle between hope and fear’.

The notable absence of President-elect, Barack Obama, has been highlighted as a major factor in Poznan’s lack of overall direction. Given the major presidential changeover about to take place in January 2009, and the US’ key part in the climate change negotiations, paving a course of action without Obama playing a part in the discussions was difficult. The world awaits how Obama’s green agenda will take shape.

Poznan: Paving The Way to Copenhagen

While its lack of concrete action might have been criticised, official reports from the UN indicate that Poznan did achieve “a clear commitment from governments to shift into full negotiating mode next year in order to shape an ambitious and effective international response to climate change, to be agreed in Copenhagen at the end of 2009. Parties agreed that the first draft of a concrete negotiating text would be available at a UNFCCC gathering in Bonn in June of 2009.”

It’s hoped that by the end of 2009, Copenhagen will play host to the forging of the key next step in the fight against climate change – with the end product being a fully ratified and internationally supported treaty to take over from Kyoto in 2012, when the treaty will expire.