Home > In the News > The Climate Bill Explained 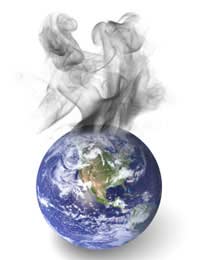 The Climate Change Bill has been hotly debated inside – and outside – UK parliamentary walls since it was first introduced in the Queen’s opening of Parliament speech back in 2007. Finally, on the 26 November, 2008, the Bill was fully ratified as legislation. The Bill set out legislative requirements for the UK’s framework on climate change. But what exactly is contained within the Bill, how will it help to tackle climate change, and is the Climate Change Bill enough to finally make significant advances against the onset of long term environmental damage?

Against a global backdrop of the scientific facts presented in the Stern Report, Al Gore’s hard hitting An Inconvenient Truth sending shockwaves through nations and adverse weather conditions showing climate change in action, the UK government responded with a commitment to look into the causes and consequences of climate change. They promised build a solid framework set to tackle climate change issues and set realistic but tough deadlines and targets for the UK to act against climate change.

The response from the then recently appointed Prime Minister Gordon Brown was the introduction of the Climate Change Bill into Parliament in November 2007.

The Climate Change Bill is the first of its kind throughout the rest of Europe and the world, a fifty plus page document stipulating new environmental requirements for the UK in numerous sectors of activity, from industry to commerce. Here are just some of the main aims and commitments covered within the Bill:

Despite overall cross party collaboration on the piece of legislation, the Climate Change Bill’s journey through the legislative progress was heavily debated and reworked by both the House of Commons and the House of Lords. In particular, the jurisdiction and political clout of the proposed independent climate change body, the Committee on Climate Change, was called into question. And notably, environmentalist and back bench MPs secured a last minute inclusion of the aviation and shipping industries into the 80% decarbonisation target. Prior to that, ministers had excused those industries from the jurisdiction of the Bill.

The Climate Change Law: What’s Next

In December 2008, the newly formed Committee on Climate Change published their first round of carbon budgets, setting out specific targets for reducing CO2 levels.