Home > In the News > Will Congestion Charging Come to Manchester?

Will Congestion Charging Come to Manchester? 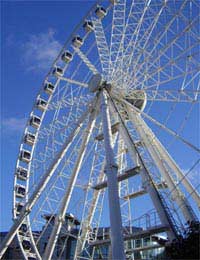 Following a city wide and controversial referendum on 11th December 2008, the residents of Greater Manchester voted against the introduction of a congestion charging scheme for the city. But what were the environmental arguments for and against the scheme, what would the scheme have entailed – and how close was Manchester to adopting a congestion car charging scheme throughout the city?

Congestion Charging: Why the Plan was Proposed

Back in June 2008, then Transport Secretary Ruth Kelly announced provisional support for a scheme which would see the introduction of congestion charging in Manchester in return for a billion pound investment commitment into Manchester's tram, bus and public transport system.

The scheme would help combat the increasing levels of city centre driving in the North West city, and mean a more reliable, faster and public transport routes around and in and out of the city. Both would help reduce CO2 levels from car emissions and help improve air quality.

Congestion Charging: How it Would Work for Manchester

Two zones - an outer zone bounded by the M60 Motorway and an inner zone covering the city centre's inner ring road - would charge drivers at peak hours of the day (though not if the vehicle was travelling against the peak traffic direction). Altogether the Manchester Congestion Zone would have covered around 80 square miles of the region, from Rochdale to Warrington.

The Greater Manchester Transport Innovation Fund, if secured, would have meant £3 billion of government investment into Manchester's transport system, one of the largest regional investments of its kind.

The improvement scheme consisted of large scale expansion to the Manchester Metrolink system, modernising and expansion of bus and rail services, refurbishment of the region's principal stations, and investment into Manchester's road and cycling networks. A card system similar to London's Oyster card network, known as the Readycard, would also be introduced. The scheme would have also created around 10,000 extra jobs.

And the environmental arguments for a congestion scheme were also strong - more investment in long-term carbon efficient transport routes around the city, including cycling and the tram network, reduced CO2 emissions from cars and less traffic congestion.

Several pressure groups, including the campaign group Manchester Against Road Tolls (MART), have launched high profile campaigns against the introduction of the scheme, arguing it would penalise low income drivers and small businesses unable to afford the daily toll, calculating an average annual cost of £1,200 per commuter. It's also been argued that future charge increases and further expansion of the scheme, as was the case in London, could not be prevented once the scheme was ratified.

The geographical extent of the scheme, which would cover 80 square miles - compared to London's original eight square mile congestion charging scheme - was also called into question.

A referendum was held in December 2008 in order to decide for or against the scheme for the city once and for all. The residents of Manchester, Bolton, Bury, Rochdale, Oldham, Tameside, Stockport, Trafford, Salford, Wigan, Congleton, Crewe and Nantwich, Macclesfield, Warrington and Rossendale cast their votes on 11 December, with turnout in many areas higher than for general elections.

And voters rejected the scheme by a majority of almost four to one in the region-wide referendum, a convincing win for the ‘No’ camp. North West policy manager for the Federation of Small Businesses, Paul Henly, said: “The FSB has always supported transport improvements and will continue to do so. However, raising the money for these changes through a punitive charge would have defeated the object.”

Ali Abbas from Manchester’s Friends of the Earth, meanwhile, acknowledged that the result means that it’s back to the drawing board for tackling CO2 emissions in the city: “I'm disappointed at a missed opportunity. It was a great chance for us to make a huge improvement to our transport and to help tackle greenhouse emissions.”