Energy Help for Your Business Sector 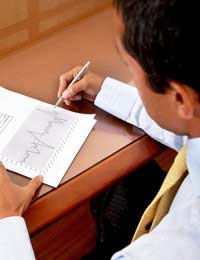 Each sector differs and each sector may will find different demands placed upon it with regard to cutting energy expenditure and operating a generally more environmentally policy.

Thankfully, the Carbon Trust addresses all sectors and in so doing attempts to help them do the most they practically can to save the environment and to save money at the same time.

Approach Tailored to Your Needs

The Carbon Trust will approach you according to your ability and needs, advising on energy efficiency for within a policy that tries to get you to meet with industry averages for your sector. This means that you are only up against companies of a similar size as you and in a similar sector to you.

How this is approached varies from the public sector to the private sector. In the public sector each department has very specific government targets to meet. The Carbon Trust will therefore do the best they can to help them meet these targets. In contrast, the private sector have no targets, so the Carbon Trust tend just to encourage them to make energy savings in order to meet the average output for their sector. In these cases companies operating at the average are praised but often encouraged to do much more in order to save energy consumption: if you have made the average you are doing well, but there is still a lot further to go.

Energy intensive sectors such as the steel and paper industries have restrictions placed on their emissions under an E.U. Energy Savings Targets scheme, which they must abide by. Failure to comply can result in penalties being issued. However, the necessity for these industries to expend more energy than most is acknowledged and they are not therefore as restricted as if the same restrictions applied to them as it does to smaller carbon emitters.

Big users that do not fall under this scheme may be entitles to some relief on their Climate Change Levy liability (up to 80% - the Climate Change Levy is payable as an increase on your energy bills proportionate to the amount of energy consumed in the billing period). This scheme is called the 'Climate Change Agreement' and depends on industries involved meeting certain criteria with regard to their efforts to curb energy usage that are negotiated by their Trade Association. Industries included, as an example, are the meat and poultry sectors, ceramics producers and rubber manufacturers.

The Climate Change Trust are currently in the final stages of drawing up planes to address the energy consumption of major profit organisations such as supermarkets and financial institutions. Under the proposed scheme, which will be put into effect by 2009-2010 companies who volunteer will have to spend £500'000 per year on making energy reductions and must meet targets that they bid for at an annual 'auction'. The customer benefits knowing that the company they use has an ethical environmental policy, whilst the company benefits in seeing its image improved should it adhere to the scheme.